Learn how WindGuard stumbled upon a surprising effect some remote sensing devices show when it comes to measuring wind speed in turbulent wind flow and how a different approach to evaluating LiDAR data can help to decrease uncertainty in your wind measurement campaign.

As WindGuard has been closely involved in the development of standards for remote sensing devices (RSD) from the very start, ranging from how to best apply RSD for wind or power curve measurements to “how to calibrate a LiDAR”, we thought we knew everything there is to know about remote sensing of wind. Imagine our surprise, when we noticed unexpectedly high deviations between a LiDAR and an adjacent met mast in one of our power curve measurements. 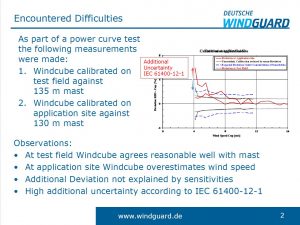 The deviations occurred only under certain conditions. When high turbulence occurred, the LiDAR would measure a much higher wind speed than the cup anemometer. As the LiDAR – a Windcube V2 – had shown high accuracy at a prior calibration, we were puzzled as to why the sensitivity with regards to wind turbulence intensity suddenly increased by 10% in comparison to previous classification tests. In close cooperation with LEOSPHERE, the manufacturer of the LiDAR, we conducted a thorough investigation to find the cause of the deviations. 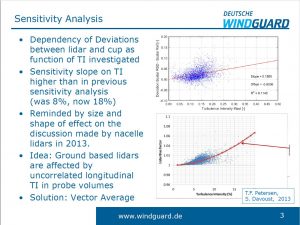 We soon became aware that the phenomenon was not specific to this model of LiDAR, but there rather seemed to be a more general problem at the root of this. The whole scenario reminded us of earlier discussions about nacelle LiDARs, where similar mistakes were observed. What if the same mistake that lead nacelle LiDARs to produce inaccurate results was causing a malfunction in our measurement with the ground-based LiDAR? A look into the way most LiDARs evaluate wind speed set things in motion. For historic reasons most ground-based wind LiDARs use scalar averaging as the algorithm to calculate wind speed.

Learn more on the difference between scalar and vector averaging

A LiDAR measures wind speed along its detection beam at different locations. Each measurement at one location lasts about one second. The desired horizontal wind speed has to be calculated from this data under the assumption, that the wind speed is the same at every beam position. There are two ways to arrive at a 10-minute average horizontal wind speed:

Approach 1) averages the scalar horizontal wind speed and is therefore called scalar averaging, whereas approach 2) results in averaging the full wind vector, which gives it its name: vector averaging. 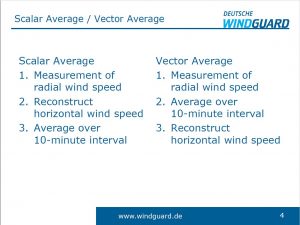 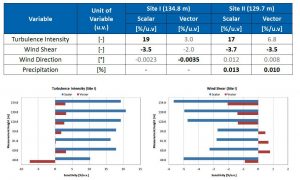 classification results with regards to sensitivity

The results indicate a true measurement error of the Windcube, caused by its monostatic character in combination with scalar averaging. This is the exact same phenomenon that had already been reported in the case of 2-beam monostatic nacelle LiDARs. As a conclusion, we identified scalar averaging as a key driver of the relatively high sensitivities of the wind speed measurement by monostatic RSDs on environmental variables. By the implementation of vector averaging, the measurement uncertainty due to the sensitivities is reduced significantly. The results strongly suggest that the classical scalar averaging approach used in most of today’s commercially available monostatic ground-based LiDARs and SoDARs should be replaced by vector averaging.

Conclusions with regards to vector averaging 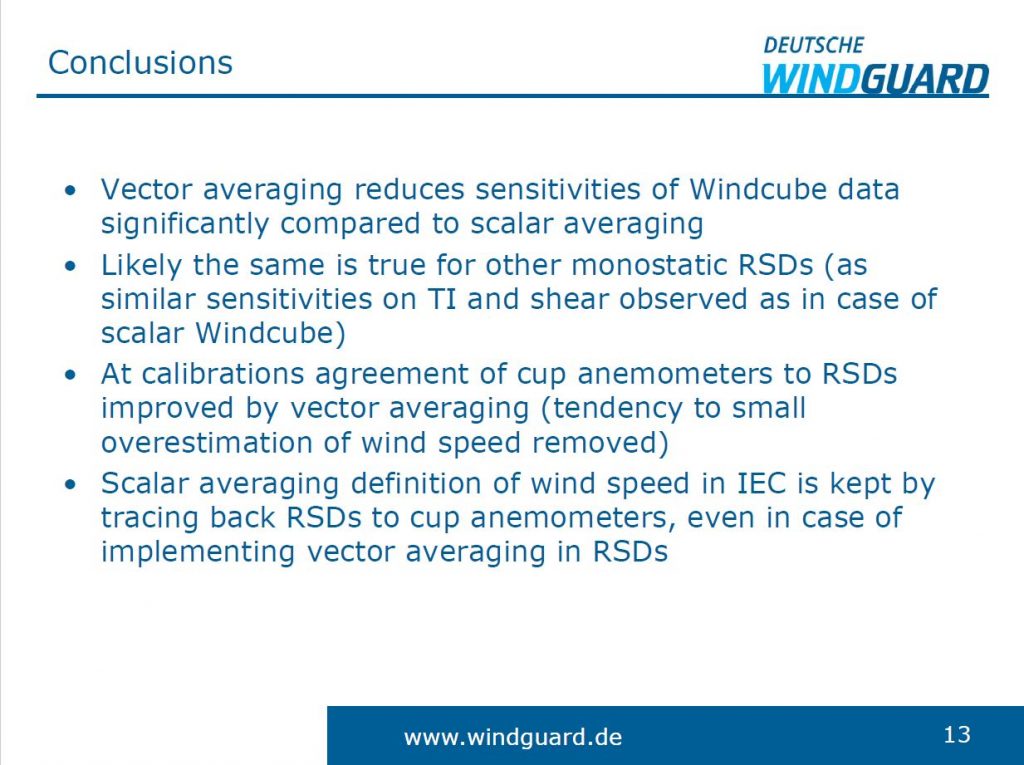 Implementing vector averaging instead of scalar averaging into the software of remote sensing devices is a job for all manufacturers who want high accuracy for their measurement device. But anyone evaluating wind measurement data from remote sensing devices has to be aware of the effect the change in approach has on their results. The case also shows that we still have a lot to learn when it comes to accurately measuring wind with remote sensing devices. One starting point for further research we noticed during our analysis: wind speed calculated via velocity azimuth display (VAD) seems to show sensitivity to turbulence intensity in the opposite direction. To confirm this, we still have some research to do. Stay tuned for more on this topic in the future.

If you want to get in touch with our wind measurement and remote sensing department, please click here. 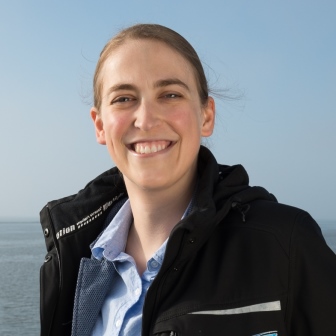 Cornelia von Zengen was Head of PR and Marketing at WindGuard Group for many years. She loves writing and the fresh sea breeze on her face on the Frisian coast. As her professional journey has made her sail to new shores in the meantime, we would like to take this opportunity to thank her once again for her contribution to the success of WindGuard Insight. 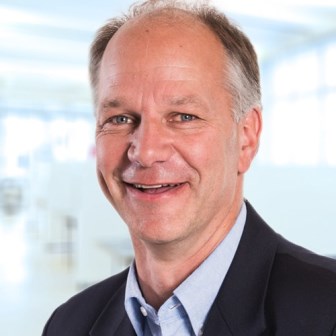 Axel Albers is managing director and senior consultant of accredited testing and calibration lab Deutsche WindGuard Consulting GmbH. He started working in the wind industry in 1992 and is a leading expert in field of wind measurement.

Get in touch with Axel 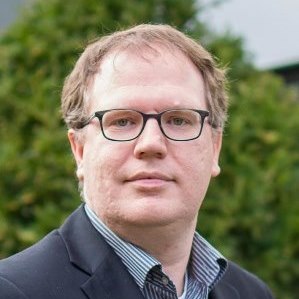 Dr. Klaus Franke is the head of the remote sensing calibration department at WindGuard. He has a PhD in physics and extensive experience in wind remote sensing.

Get in touch with Klaus